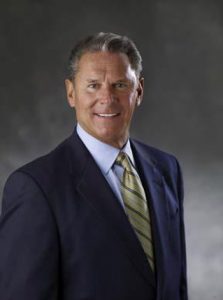 Joe Purzycki is currently the President & Partner of the Alliance Companies, a payments company headquartered in Portsmouth, NH. Prior to his current position he was Vice Chairman and Chief Operating Officer of Barclaycard US, a division of Barclaycard International. As Chief Operating Officer, Joe was responsible for all operational aspects of the business including Customer Care, Bank Operations, Customer Support, Technology and Marketing Operations and their supporting budgets. 800 of Barclay’s 1200 US colleagues reported to Joe’s organization. As Vice Chairman and member of the Board of Directors, Joe was directly involved in the management and strategic direction of the company.

Prior to becoming the Chief Operating Officer of Barclaycard US in 2007, Joe managed Customer Care and Bank Operations for the company. Prior to joining Barclays Bank, Mr. Purzycki was Executive Vice President of Chase Card Services from 2001-2006 and was a member of the Card Services Senior Management Team. Mr. Purzycki managed the Business Development Segment, One/Chase re-emerged as a leader in the co-brand industry with the signing of companies like Disney, Amazon.com, Starbucks, Sony and Circuit City.

In 2001 Joe spent a year with an Internet start-up company, Ultimatebid.com and served as President of the San Francisco based entity. Ultamatebid.com partnered with IMG and SFX to deliver unique experiences to customers on its eBay serviced platform. Mr. Purzycki began his credit card career at MBNA America Bank in 1990 where he was an Executive Vice President. Mr. Purzycki managed the credit businesses for MBNA’s transportation business (NASCAR), its sports, business (National Football League, Major League Baseball, National Hockey League) and its college and university business. Joe has a Master’s degree in Education Administration and a Bachelor’s of Science in Education from the University of Delaware.