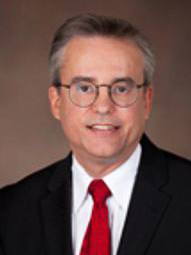 Richard has more than 25 years of experience in land use and land use litigation, commercial and real estate transactions and litigation, financings, construction and mechanics' lien law, environmental law and permitting. His appearances in Delaware courts range from making en banc arguments in the Delaware Supreme Court to expedited cases in the Court of Chancery to administrative appeals and lawsuits in Superior Court to landlord/tenant matters in the Justice of the Peace courts. He has also appeared before numerous state, county and local administrative bodies.

The primary focus of Richard's practice is land use and commercial real estate, including transactional work and litigation. He has represented a variety of owners and developers in complex and challenging land use matters throughout the state of Delaware on residential, commercial, office and industrial projects. These projects have included the successful rezoning and redevelopment of the Brandywine Town Center, a former harness race track in northern New Castle County, and one of the most controversial land use matters in Delaware history. He also represented the developers of "Westown," a 2000-acre master planned project in Middletown, DE that includes residential, commercial, office and industrial park components. Richard has also handled numerous other rezonings, subdivision approvals, variances and other Board of Adjustment proceedings throughout Delaware.

In addition to land use and transactional work, Richard's practice also involves litigation. He has handled numerous appeals to the Delaware Supreme Court and argued several cases en banc. He has handled numerous expedited matters before the Court of Chancery and litigated matters in Superior Court. He is experienced in federal civil rights claims, and, with fellow Partner William E. Manning, represented the first developer in a Delaware case where attorneys' fees were awarded under 42 U.S.C. §1988 to a developer. He also represents clients in eminent domain and takings cases, leasing disputes, breach of contract and other matters.

Finally, Richard has experience in the legislative and political process. He was one of the principal draftsmen of Delaware's Video Lottery Act and the Voluntary School Assessment Act, and has drafted numerous other pieces of legislation at the state, county and municipal levels.

Active in his community and a believer in public service, Richard is the President of the Appoquinimink School District School Board, and a past President of the Delaware State Bar Association, where he still serves on the Executive Committee. He also serves as Counsel to the Board of Directors for Goodwill of Delaware and Delaware County and is a past board member of the Ronald McDonald House of Delaware. In 2015, Richard was appointed to the Advisory Council of the Fort DuPont Redevelopment and Preservation Corporation, a council designed to assist in the redevelopment of the state-owned Fort DuPont site adjacent to Delaware City, Delaware. He has also served for over ten years on the Board of Directors of the Homebuilders Association of Delaware. He was appointed receiver for a disbarred lawyer's legal practice by the Delaware Court of Chancery and was recognized for exemplary pro bono public service by the Delaware Supreme Court for his work on the matter. He has served as general counsel to the Delaware Republican Party for many years, and was one of the principal authors of the "Delaware Plan," a plan for revising the presidential primary system, which was endorsed by the Brock Commission and the Rules Committee of the National Republican Party.

Richard is frequently tapped to write and speak on land use and other topics and reviews books every month for In Re:, the Delaware State Bar Association monthly magazine.